I'm sure you noticed I made no post last week, but don't worry, it's not that I forgot, or was depressed, or am already losing steam on this new project of mine. It's probably just that literally nothing happened the week before.

Okay, actually I've had a tough week (or two, who's counting).

For one thing, I took my first "programming test" in many years. This doesn't test your ability to program, which I've proven by doing it as a career. It's a test of a fairly narrow piece of the job – not, to me, the most interesting part – under artificial conditions. You can't throw a rock on developer Twitter without hitting someone explaining why this kind of test is a bad way to hire programmers.

And I agree with them. I don't even want the jobs that this kind of test qualifies you for. But failing the test – or, rather, failing to meet my own expectations for it – sent me into a funk anyway. It's classic Smart Kid Syndrome.[1] As a mature, self-realized adult, of course I don't believe that my book-smart brain is an important part of my intrinsic value as a human being... until it's challenged, and then I slip instantly into an existential panic. And there I stayed for a few days.

I've had good days, too. Like the day this week when I did a little bit of work on a dozen different projects, and I realized, this is exactly what I want right now. I want to be hopping between different tasks, using different skills, learning new things and using previously acquired knowledge, helping and collaborating with different people. I want more days like that. (But also I want more of the projects I'm working on to pay me.)

And last night – listen, I'm just going to descend into technobabble for a moment, sorry, friends. Last night I added Netlify CMS to a Gatsby site I was already deploying on ZEIT Now. As a test, I added a piece of content to the site on my laptop, and watched as Netlify CMS automatically committed the change on a new branch and initiated a GitHub pull request from me to myself, which in turn triggered a hook that automatically deployed the branch for review to a new URL, which showed up as a notification in the Now menu bar app. I can't decide if this new web is a Rube Goldberg contraption or a beautiful, elegant machine, but either way it delighted me.

Last week Oncoming Productions performed our loosely adapted fifth of what we've occasionally called Scary Poppins. I'm really proud of the work we did. We were true to the original (in our fashion), while showcasing our strengths as a company: physical movement, black humor, philosophical resonance, creative lighting, and evocative music – which is my job.

Over the past weeks, I'd watched the performance take shape, sketched out musical concepts to underscore the drama, worked with actors on the songs, designed electronic instruments to create the sounds I wanted and allow for a bit of improvisation on the night, and practiced the parts that had to go exactly right. It was a sped-up version of the process I've used on most of our productions.

The first half of the piece featured some classic Oncoming sounds: low drones, spooky atonal percussion skittering and echoing in the dark. It went great. Then came the scene change where I abruptly switch over from that palette to a sort of broken-down calliope, and... nothing came out.

Keep pressing the keys. Nothing.

Check the screen. Looks fine. Nothing's happening. Press some buttons. Everything's working the way it should. But no notes are coming out.

I'm not watching the cast but by this point I can hear them waiting for me, until someone decides the show must go on, and starts singing. Beautifully. Perfectly. The only thing wrong with the scene is that eventually I do get my gear working again and my ego won't let me just not play, so my instrumental backdrop and I blunder back into the song that's being sung just fine without us.

Which is fine! The show's still great! No one who isn't in the cast notices, probably, and no one who isn't me gives it a second thought. But it's still hard for me to go out to the lobby and smile when people say "Great job."

Some prouder moments from my recent arts life:

In addition to stewing over my own small problems, I also spent several recent days despairing about climate change, human rights, and American democracy. It was a real bummer. Two things that maybe shouldn't have made a big difference in the face of all that, but did: Having someone I admire casually call me a friend, and biking downtown on a beautiful day for a book festival. Sometimes we're simple creatures. 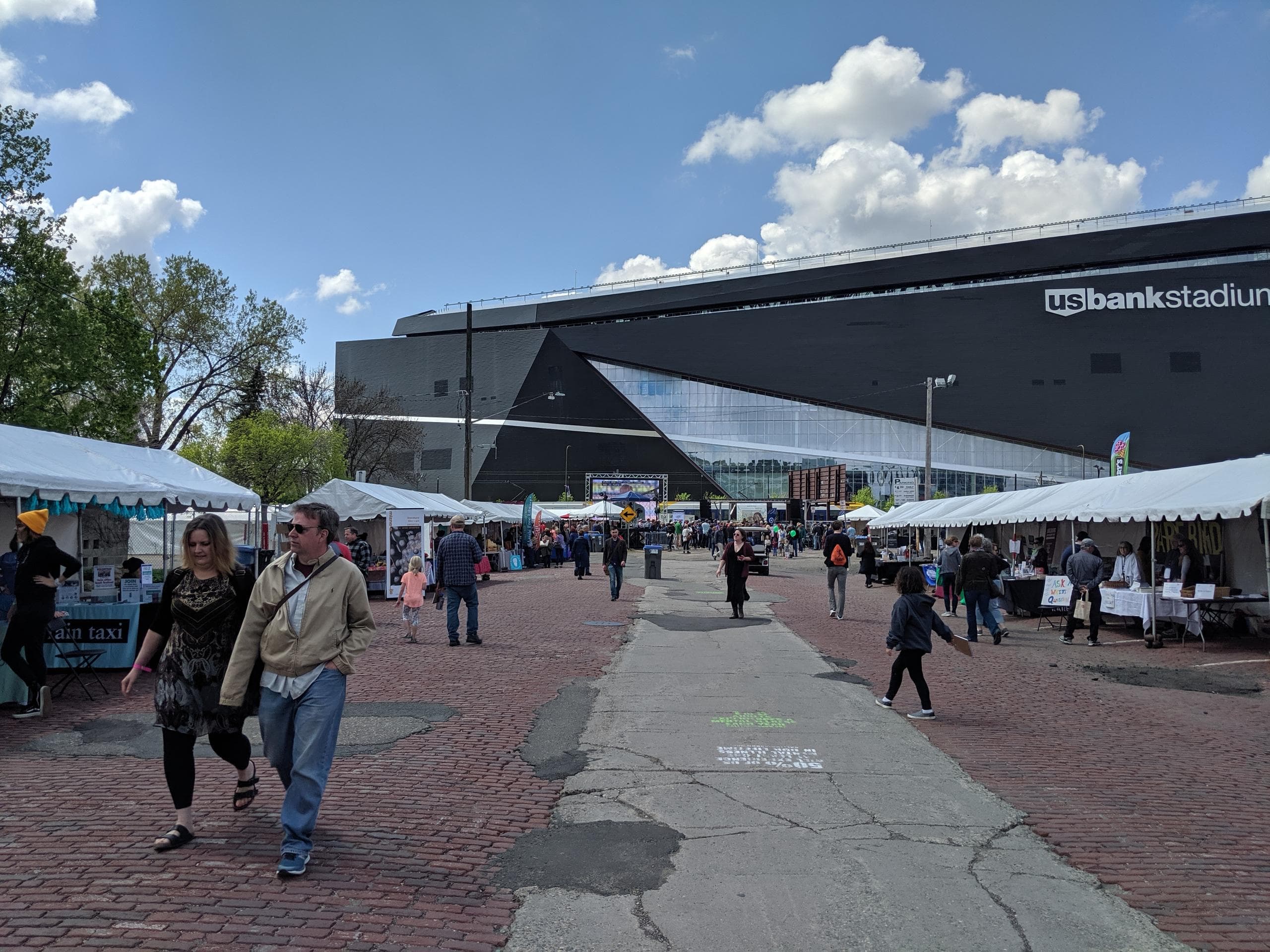 Three more things I liked this week (or two, who's counting):

[2] Note to self: Ogerman was still alive when this came out, YOU MONSTER.