Well, it happened again. I set up a new blog, I got it looking mostly the way I want, and then suddenly I was too busy to write any new posts. So here it is, my week in review, a month later.

The big news in my arts community is that HUGE Theater, my beloved second home, is buying a building! The current building is too small to keep up with the demand for classes, rehearsal space, audience attendance, and the business of running a theater. The new building will give us space for all of that, and buying it will make that space permanent. It'll also let us stop paying rent to a white supremacist. Long story.

HUGE has launched a capital campaign to make its down payment by September 1. That's a scary prospect for a scrappy nonprofit theater that doesn't know a lot of idle millionaires, and we need all the help we can get. If you're interested in this at all, please read more about the move and consider a donation.

This winter I decided to pull back on arts projects so I could focus on reinvigorating my code career. But then a number of things came along that were hard to say no to, or easy to say yes to, and now all those yesses are coming home to roost. For starters:

More info and links, as always, on my shows page. 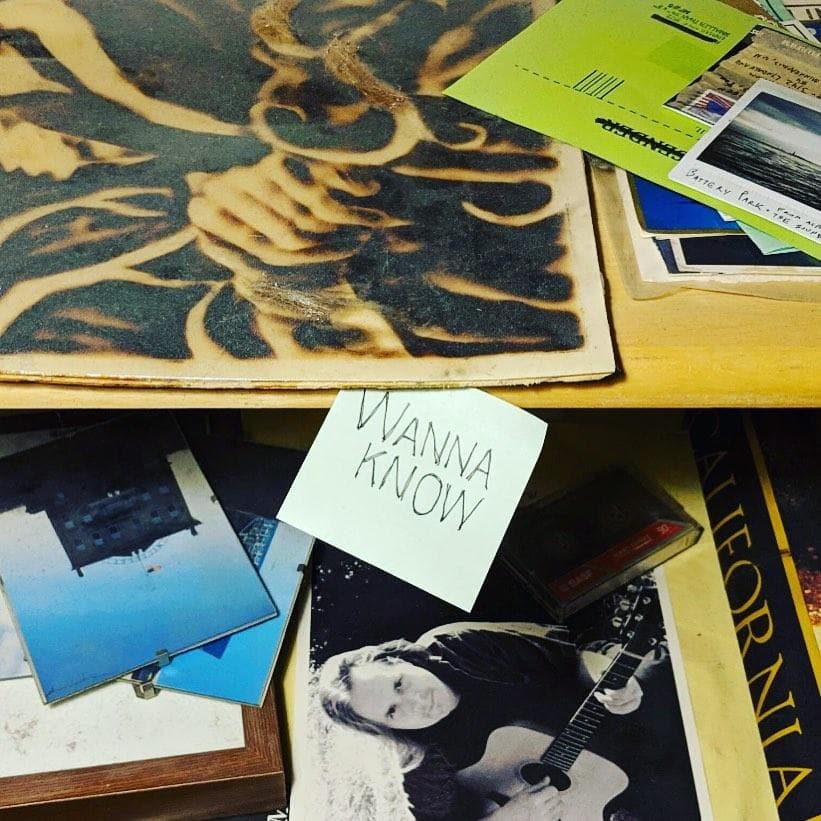 Also, I shot a photo for an album that came out TODAY. Beastie Y'all wrote a song about reflecting on the past, and I wasn't sure what I was going to do for it until I noticed the corner of my room that had already become a shrine to my own past lives in past places, and I was like, hm, a little on the nose, life. Anyway, check out the song!

This month I've been working on a Rails codebase that was started eight years ago, in another country, with a different purpose than it has now. That is, it was created with one goal in mind, and then some people adapted it to serve a different goal, and some other people adapted it further, and I was hired to make it serve a new purpose again. By this point over half the code in the repository was there to support functionality that my client no longer has any intention of using.

That code wasn't hurting anybody... except that it was making the app a little slower than it should be, and it was making development substantially slower than it had to be. Especially now that I, a new developer, was trying to understand the application and develop new features without breaking anything – which meant that I was tiptoeing around trying not to disturb code that, it turned out, we had no need for anymore. That's a waste of time.

So a lot of my work lately has been:

Before I started all this, I thought I would take careful notes on my process and then write a blog post about it that was so helpful to other spelunkers in other codebases that it became incredibly popular and got me a gig as resident programming pundit for MSNBC or another major cable channel. But then I forgot to take notes, so I guess it's back to the code mines for me.

Aside from that project, my freelance colleague Eric and I have started formally mentoring a couple of interns for Software for Good. (We are freelance mentors.) I'll probably have more to say later about what it's like to be a wise and trusted oldtimer.

And I spent a day at the Eyeo Festival's Code+Libraries Summit, which I'd signed up for months ago because (a) I code, (b) I like libraries, and (c) I couldn't justify the cost of a full Eyeo ticket. I learned some things but the only time I didn't feel like an imposter was when a bunch of us got tricked into spending half an hour playing improv games together.

Minneapolis in the summer is pretty great. I've been busy, but I've still managed a few bike outings to places like:

And a few weekends from now I'm looking forward to CONvergence, a science fiction and fantasy convention in downtown Minneapolis. I always feel a bit out of place – I'm just barely a science fiction fan at this point – but I always go, and I'm always glad I went. Life is like that sometimes, I guess.